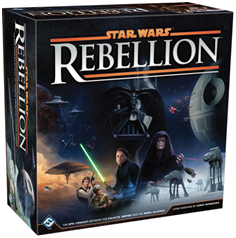 Do you wish to relive the action of Star wars in episode IV-VI? Threaten who planetary systems with the construction of the Death Star, or try to sabotage and destroy it instead? Think you can do a better job than Darth Vader or avoid the trap unlike Admiral Akbar? Now you can! Star wars: Rebellion allows you to relive the whole grand experience in star wars as the empire tries to locate the rebel base, while the rebels tries to hinder the plans of the empire every step of the way. You can even try to change the history of star wars in every session! 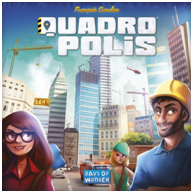 Meet the world’s fussiest Architects! Quadropolis is a new city building game by the amazing Days of Wonder. Players control a group of architects who have certain rules to selecting the type of buildings you can build and also restrictions on where the buildings can go in your city! Quadropolis is a simple game, pick a tile and lay it on your city board, but the amount of strategy behind is amazing as player’s architect starts jockeying for positions and placements while avoiding the urbanist. Another stellar game by days of wonder where the game is a typical easy to learn but hard to master!

Sushi! Everyone loves sushi! Especially if they are as cute as the sushi found in this great little tin box of game. Oh and did I mention the have puddings too? Yum! Sushi Go! Is a pick and pass (Drafting) game where players pick a card and passes his/her hand to the next player and continue doing this while collecting these adorable sushi. A simple game with some strategy. Get the correct food in the correct combination and rake in the points! Simple and lots of fun for all ages! Yummy!

Suitable for: Sushi lovers and everyone else! 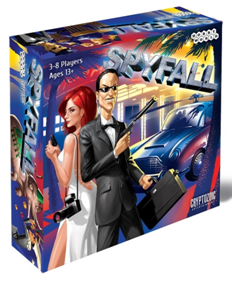 Why are you here? Why are you here when the weather’s so rainy? Spyfall is a deduction game where one of the players is a spy, trying to avoid suspicion while understanding what is going on. Everyone but the spy knows what is going on and asks each other questions to find out who the spy is while the spy is trying to find out where is everyone! Filled with fun, excitement, intrigue and lies, Spyfall brings out maximum fun with just one card per player each round!

Suitable for: People who loves a good mystery and deduction. 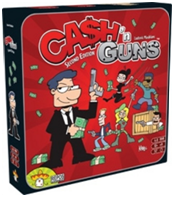 You are robbers after a heist deciding to split the loot. Get your guns out and grab some blood money! Cash and Guns is a simple but extremely fun game where players get to point foam guns at each other to grab the most money! Get your rivals to back down or they will know the true taste of lead!

Suitable for: Non-gamers who just wish to have fun! 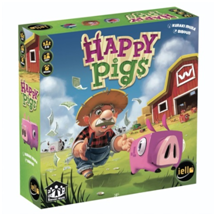 Which animal is the happiest in the world? Why… PIGS of course! And you get to make them as happy as can be! Players are pig farmers trying to breed the best pig in town caring for them, feeding them and bringing them to pig shows! The player with the most profit from rearing pigs will win! Who does love a good pork sandwich!?

Suitable for: Everyone who loves pigs! 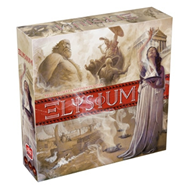 Players are demigods in ancient Greece as they create their own glorious legend by recruiting heroes, acquiring various artifacts, undertake quests and earn the favor of the gods. Players can also go on quests to show off their amazing abilities and to gain favor with the gods. Elysium is a drafting game where players select cards to build amazing tales of legend.

Five out of eight gods take notices of the players in each game ensuring maximum replayability and changing tactics. Go! And create your own legend in ancient Greece!

VS System: The Defenders

A Game of Thrones: Calm over Westeros

The calm over westeros is the calm before a storm. This chapter packs introduces Amazing characters such as Mirri Maz Duur and Bronn. Explore great locations such as the winterfell crypts and the Eyrie. Initiate trial by combat and wreck vengeance upon your enemies.

Explore the salsette slums or make an entrance in the exclusive party that you are invited. Salsette Island explores the extremely rich and the extremely poor citizens of Mumbad. Hop on your sports hopper while you explore the Indian union stock exchange or the bazaar. Salsette island have everything you need!

This war pack introduces Chaplain Mavros of the black Templar as he leads his soldiers into battle. While the Eldar zip through the battlefield on their jetbikes summoning eldritch storm on their enemies. Genestealer brood ambush their enemies turning the place into a killing field as the orcs drive their salvaged battlewagon wreaking havoc.

A Game of Thrones Store Championships 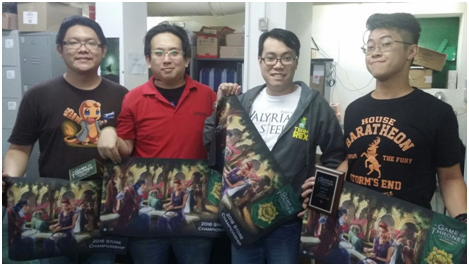 21 players gathered at Dueller’s Point as they compete and played the only game that matters! Congratulations to Travis for winning the Store Championship defeating all other houses to gain a place at the Iron Throne! We would like to thank everyone for support us at this event!

Come join us in the battle for Sacaellum on 7th May 2016 Saturday as we find out who will dominate and conquer the System!