Back to shop
February 2016 In Review 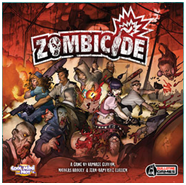 Zombies!!Who doesn't love them!! Zombicide is a cooperative boardgame where the players are survivors of a zombie attacks and they have to try to survive together using teamwork and special skills! This game contains ten scenarios to ensure that you will have a lot of variations in how you are attacked by zombies! This game contains 71 beautifully sculpted miniatures to ensure you'll have maximum enjoyment surviving the zombie attack! 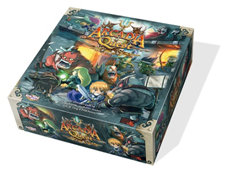 Arcadia quest is a semi-cooperative game where players each control 3 heroes and proceed through a campaign fighting monsters and each other. The game consist of a campaign and players play through individual quests and level up. The players are able to choose the path the campaign take, resulting in many different combinations. However, only one guild will win in the end as playersbattle it out to be the best guild of guilds! Beautiful anime style miniatures populate this game as players lead their heroes to victory over evil...and others!! 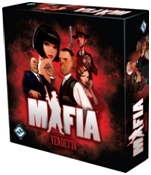 Similar to the party game werewolf, mafia: vendetta is a game of bluffing and deduction. Each players receive a hidden role and everynight, the mafia will kill one of the civilian. The players then discuss and choose a suspect. If the mafia kills enough civilians, the mafia wins!

Suitable for: Parties and non-gamers! able to accomodate from 7 to 17 players.

A Game of Thrones LCG: Road to Winterfell

Second pack of the westeros cycle, this pack introduces The crown of gold as another burn card for targaryn, while also providing raiding longships for Greyjoy to slip pass their enemies. The nights watch also begins recruiting apprentices for a variety of task while nymeria sand joins Martell. The starks also receives the kennel masters to care for the direwolves, while baratheon invokes the name of the king!!

Yes! Two agotlcg packs this month! (due to a delay last month) The third pack of the westeros cycle introduces yet more characters, events and plots happening in westeros! The mountain enters the fray,while the greyjoys uses fishing nets to ensnare their opponents. The baratheons have the moonboy to provide entertainment and while many knights are attainted and given mares in heat as their mount! 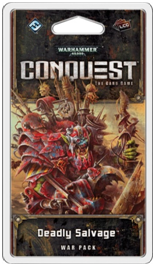 All hail the king of vehicles, Gozod!! Gozod enters the battlefield that is Sacaellum with his wagon crew. The Tau developed a prototype crisis suit while recruiting new members and conducting Mont'ka strikes against their enemies. The khornate army received their weapon of choice as well while the Eldars deploy their fire prisms. The battlefield on Sacaellum is reaching a climax as more forces enters the conflict!

In order to better serve the wide variety of different gamers, we have brought in Mayday Games Sleeves!! Mayday Sleeves allows us to help you protect your boardgames by providing a whole range of different sized sleeves for any games that you may have!!

We have restocked the following popular titles: 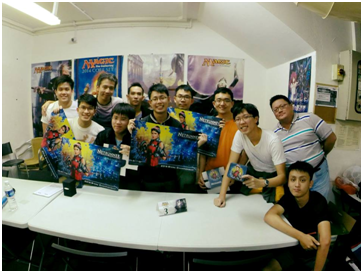 The Dueller's Point Android: Netrunner Store Championship was held on 27th February 2016 asplayers from all over Singapore gathered to battle it out in Cyber Space! Congratulations to Shawn Lee as he took the championships with Cybernetics Division: Humanity Upgraded and Kate"Mac" McCaffrey: Digital Tinker!! We hope everyone enjoyed themselves and we would like to thank Dave and Yong Quan for helping us organizing this event!