Back to shop
Dueller’s Point In Review: December Part 2 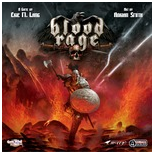 This is a boardgame about Vikings and the coming of Ragnarok. Each player will control their clan's warriors, leaders and ships. Beautiful Miniatures, area control and drafting elements are found in this giant of a game.

Suitable for: Miniature lovers, if you like Norse mythology and strategic game. 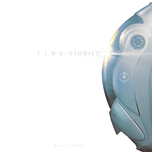 This is a board game about time loops. Each play through is one time loop, try to find out as much as possible within a time loop and if you can't succeed, try again. T.I.M.E Stories is a decksploring game in which each deck makes anything possible! High Story content, deduction, mystery solving.

Suitable for: People who like high story elements and deduction.

This "not a boardgame" is reminiscent of the choose your adventure game books of yore. Players pit their wits against each other and the master himself, Sherlock Holmes in solving the many mysteries in London. No dice, no luck and a great challenge to your mental abilities.

Suitable for: People who loves a good mystery! No luck and no dice!

The Big Book of Madness

If you play a Game of Thrones LCG, join us during our league nights on Thursdays (note some changes in date due to holidays)! This league is set up more for casual play and meet ups! Play as much as you want! Win some promos!

If you play a Warhammer 40k: conquest, join us during our league on Saturdays! This league is set up more for casual play and meet ups! Play as much as you want! Win some promos!

Come join us as a Mega Corporation or a hacker looking to find some dirt! This three week league allows us to run the nets or advance our own agenda!